This paid coin is sponsored by Vanguard Hospitality.

Grab your assigned Girl Scout cookie, create an out-of-this-world dish around it, and get ready to compete.

That was the mission of the culinary team at Minervas in downtown Sioux Falls as the restaurant prepared to defend its title in the annual Cookies, Corks & Brews contest. The event rightfully benefits Girl Scouts Dakota Horizons.

“Last year our cookie was the Thin Mint, and we made cookies, but everything was white – the container, the straws were dipped in icing, so the lack of color was the thought behind the dish,” said executive chef Brad Herr. . “We had spearmint in the container it hung in, and when we dropped a piece of dry ice it frothed and smelled like mint.”

It was a tough dish to follow, but the Minervas team stepped up to take it up.

Awarded the Adventurefuls cookie, “we got everyone together, did an idea board, and one of our team members came up with an idea, and we put everyone in it,” Herr said. “Everyone is always welcome in the kitchen, and we’ve only just started talking about it.” 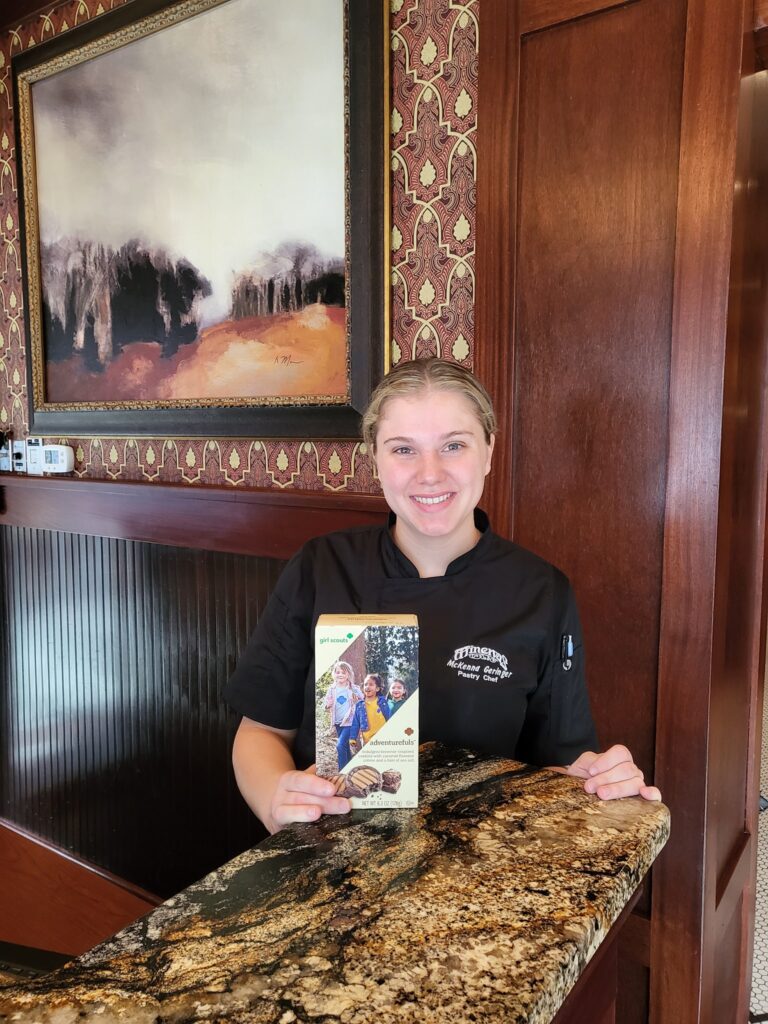 Pastry chef McKenna Geringer then began creating the dish and presented it at the fundraiser last week.

After the guests sampled all of the desserts, an auction-style event was held to determine the winner as each chef stood in front of the crowd and the bidding began to rise.

“I didn’t expect to have to go, but it was fun,” said Geringer, who joined Vanguard earlier this year. 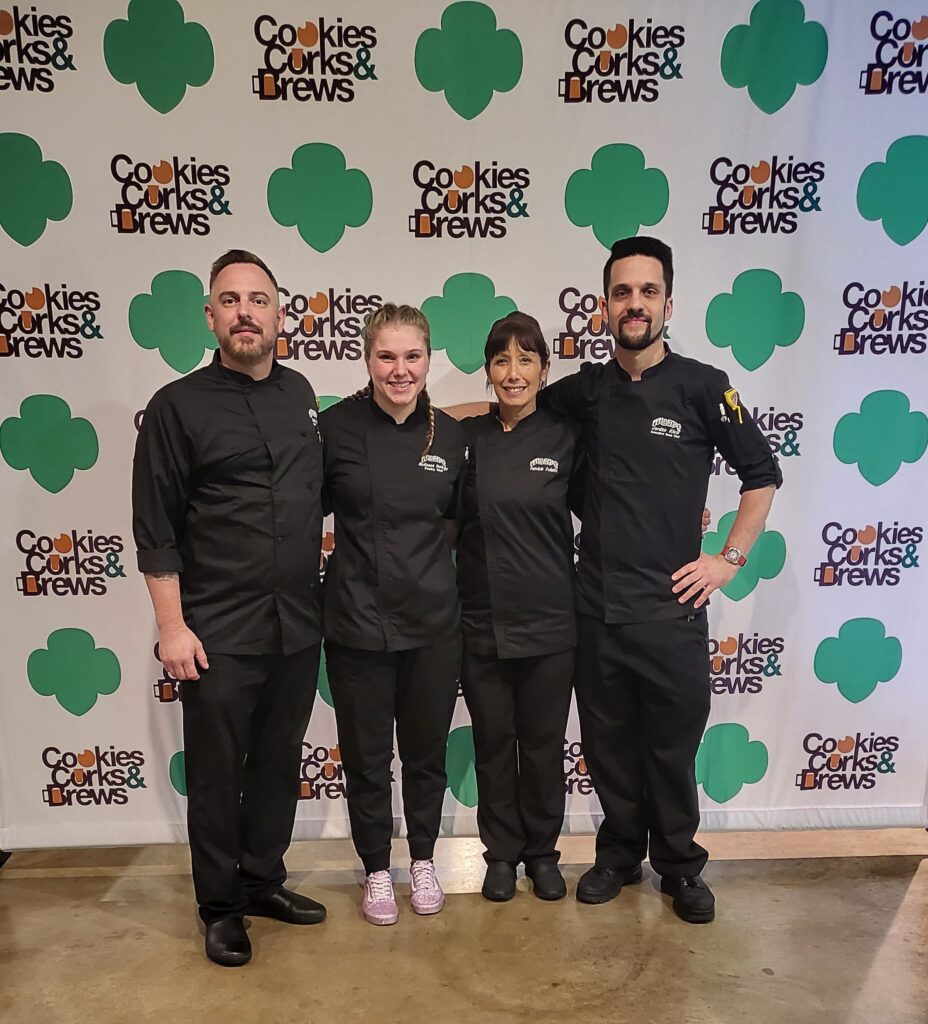 And his team creation prevailed, bringing the trophy back to Minervas for a second year in a row.

So what was the winning dish? Well, that has to stay a bit of a secret for now.

“We really enjoyed creating it, so we took inspiration from this dish to create our entree for the upcoming Taste of Sioux Falls event,” Herr said. “We hope this will encourage even more people to buy tickets for Taste, which is a major fundraiser for SculptureWalk, and we look forward to launching the dessert with a twist at that time.”

Here’s a hint, though. Geringer incorporated the salted caramel brownie flavors of the Adventurefuls into a mousse that she used as the center of her dessert.

“We went with a playful dish for the Girl Scouts event, so for Taste it will be more elegant,” Herr said. 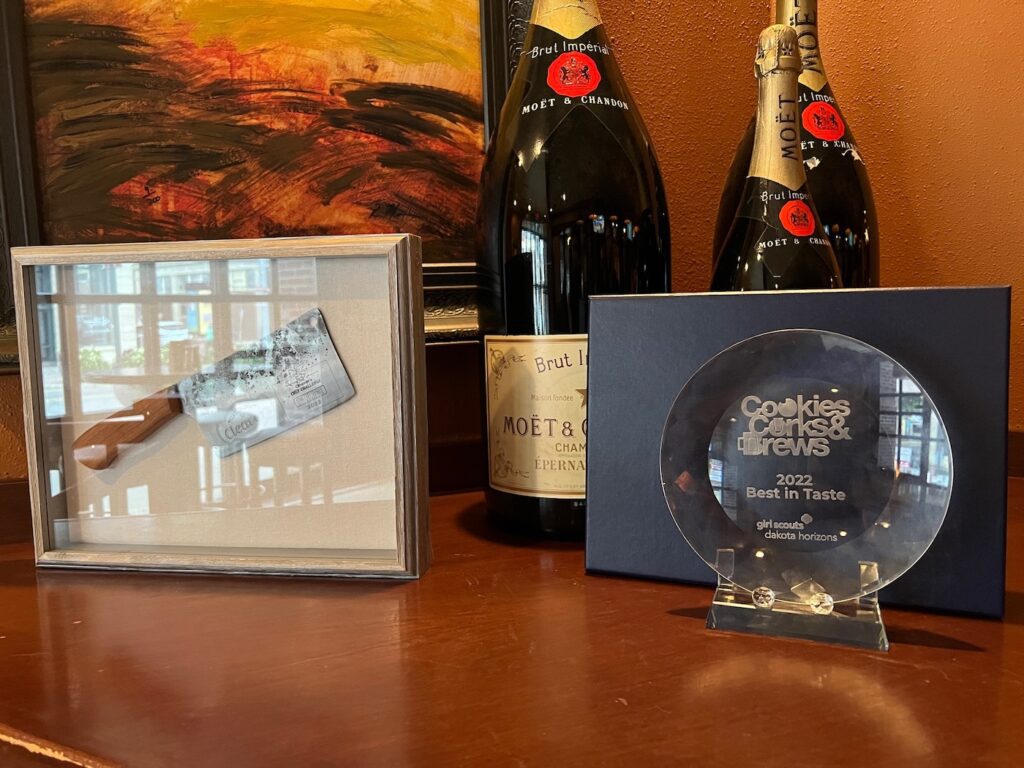 This win is the latest in a streak for Vanguard teams. Minervas stir-fry chef Keone Hart won the Cleaver’s Challenge earlier this year with a standout macaroon that was also a team collaboration. 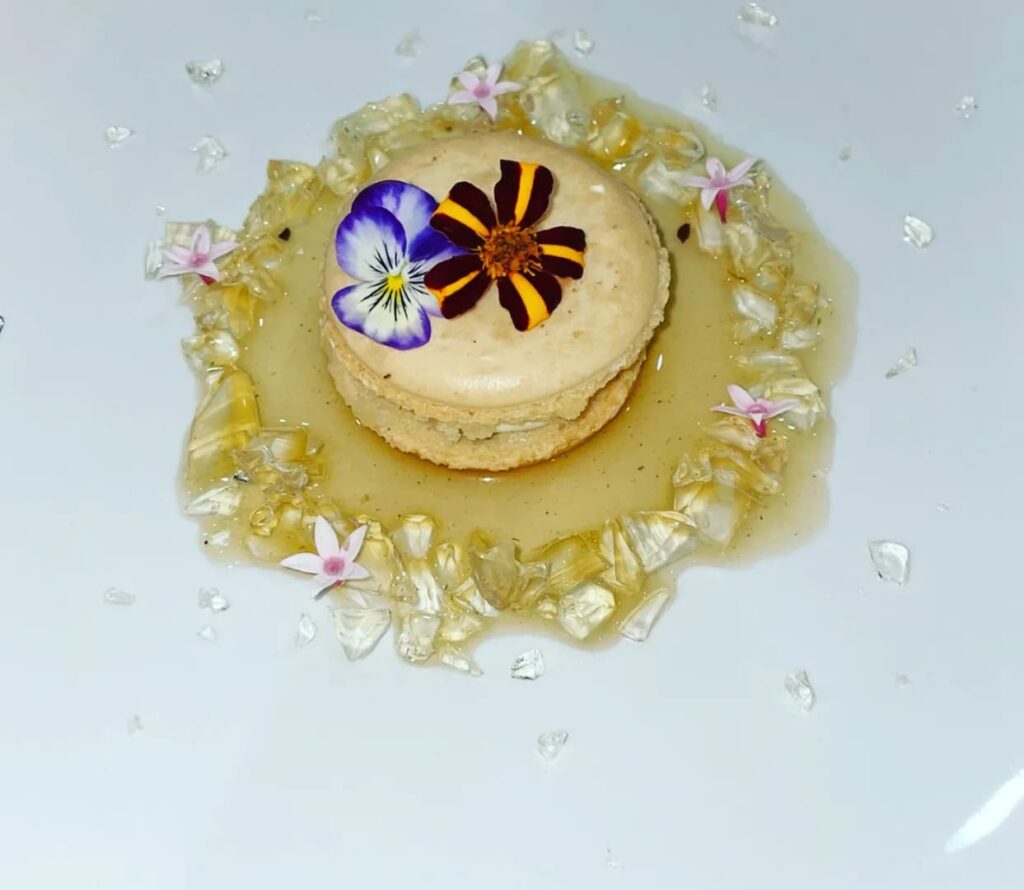 “I remember as a young, rookie chef in this town, you were in a contest, and it was really important to see if you were up to the person next to you,” Herr said. “But you also learn about it. You can go for a shiny trophy, but it’s more about seeing what others are doing so you can learn.

The competitions also created camaraderie in the kitchen, the Vanguard team said.

“We support each other. We have a great team, and it’s a way for us to come together, learn and have fun,” said Jordan Klein, Executive Sous Chef. “I love working on it. I’ve been under Brad’s wing learning the ropes of competition, and now he’s letting me run the show with our team. It’s an amazing thing to be able to give direction and direction. helping staff so that we can succeed as a team.

Vanguard is also committed to helping chefs at all levels grow, including supporting them in competitions, Herr said. 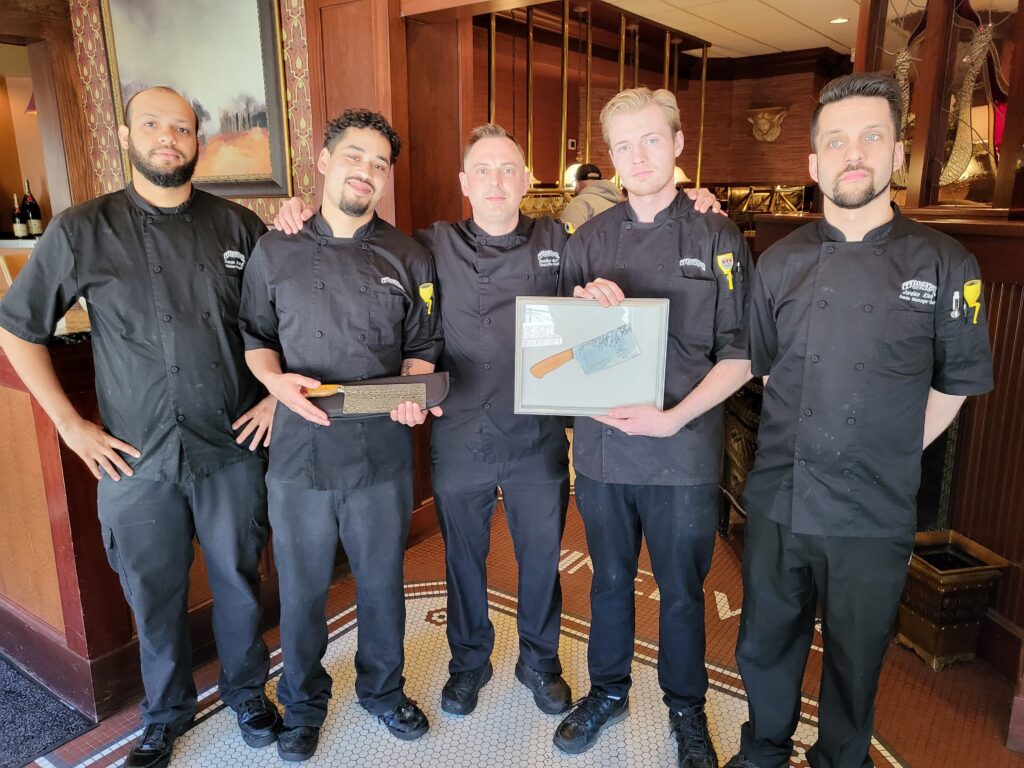 “We’ll even allow them to take time out of their workday to just research and play around with recipes,” he said. “It’s a big investment for them, and it’s helped us grow and keep a really strong team.”

Geringer won’t have much free time before his next competition. She’s already developing a Snickers-inspired cake for an event this week.

“It’s good. I just started in May, and I’ve already learned more and done more than anywhere else,” she said. “I just experimented, and they give me time to do it. TO DO.” 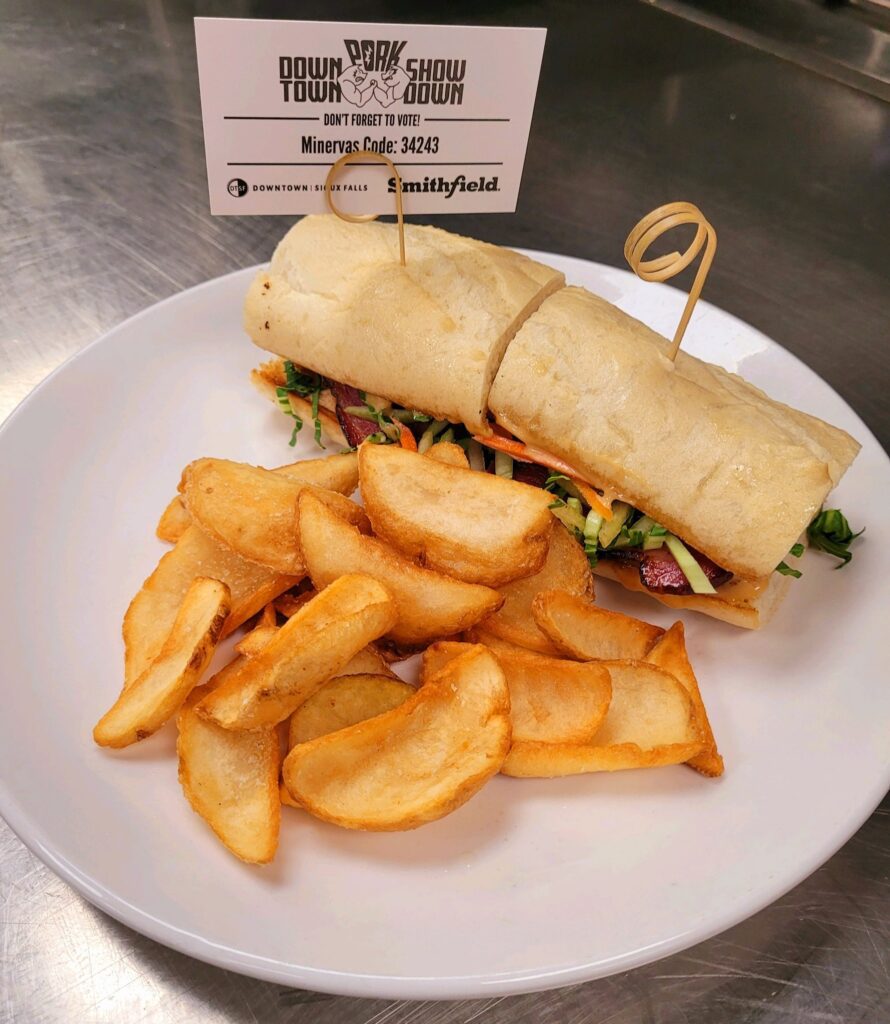 Often what chefs create in preparation for competitions can lead to menu items or even permanent ones, as it allows them to develop their cooking skills, Herr added.

“When you do these competitions and see the food, you realize how talented they are, and you end up trusting yourself more in the kitchen too. What they can do with food is magic.

Would you like to learn more about developing your culinary career at Vanguard? Stop at one of the restaurants in Sioux Falls: downtown Minervas, Grille 26 or Morrie’s Steakhouse.

For more on The Taste of Sioux Falls, click below.

Previous Offer an unforgettable holiday experience with a gluten-free menu

Next What to order at Yugen Dining in South Yarra 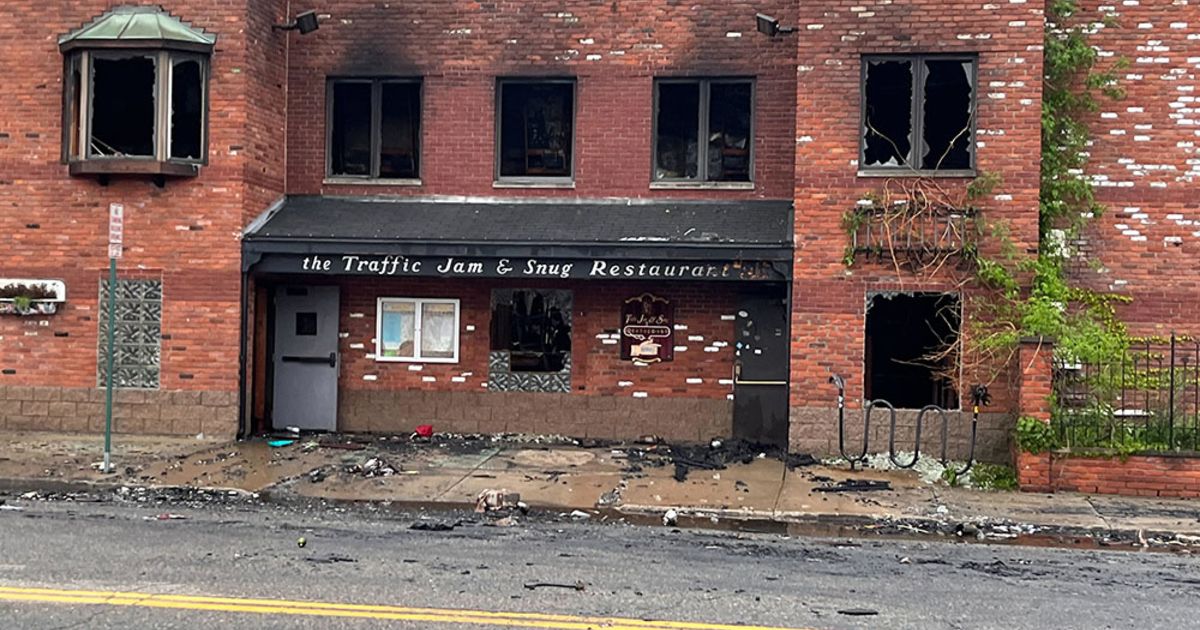 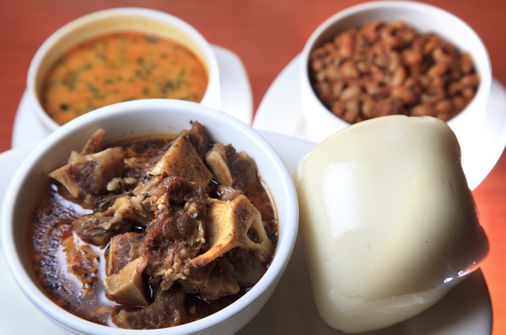